Can athletes be a catalyst for change?

Check out Sarah Hoefflin's journey as a climate advocate in our first Alliance blog series.

A lot of people ask me: how can you be a climate activist when you have such a high carbon footprint?

How can you voice your concerns for the environment when you regularly board planes and fly to the other side of the world to go skiing?

How do you seriously promote greener and more sustainable solutions when you are a part of the problem?

Imperfect advocacy - why POW appeals to me

People believe that we need to be perfect to be ambassadors for change. But I believe that there is no perfect advocate because we don’t have a solution to solve the climate crisis right now.

We know that in order to limit global temperatures to below 2C above pre-industrial levels and reach net zero by 2050, we need to exploit alternatives to non-renewable energy sources.

We keep hearing over and over that the world has the means and the technology to make this transition possible and yet, CO2 emissions are rising every year, even reaching the highest level in history in 2021.

But aside from the obvious, which is non-action from governments and financial insecurities regarding this transition, what I have found in my last 4 or 5 years as a POW ambassador, it’s that there is resistance, a lack of knowledge and plain ignorance to this issue amongst the general population, and within my own friends and family.

A lot of people I speak to who aren’t directly affected by climate change, don’t really seem to give a shit about it. People will say it’s sad that glaciers are melting, that forests around the world are burning down and that people’s homes are swept away in floods in Pakistan. But yet, they are not ready, or they don’t know how to make a change.

As a POW ambassador and a professional athlete who travels around the world to ski, I get criticised by everyone for even trying to suggest such changes or solutions to people, because I’m not perfect myself. I've been called a hypocrite, I get hated on any time I try to approach the subject on my social media, I’ve received countless hurtful messages from keyboard warriors in my inbox and I've been challenged by individuals and journalists who try to "catch me out" or who tell me that I am the last person who should talk about protecting our winters. 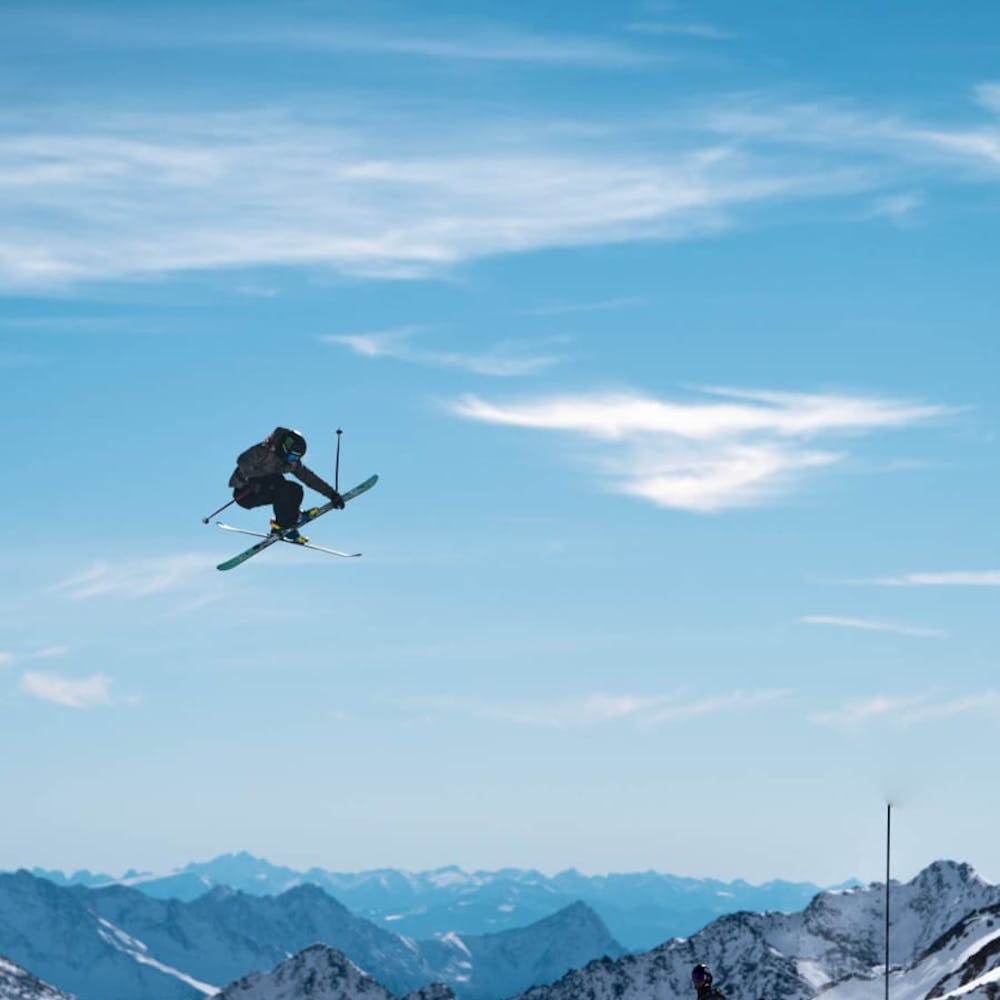 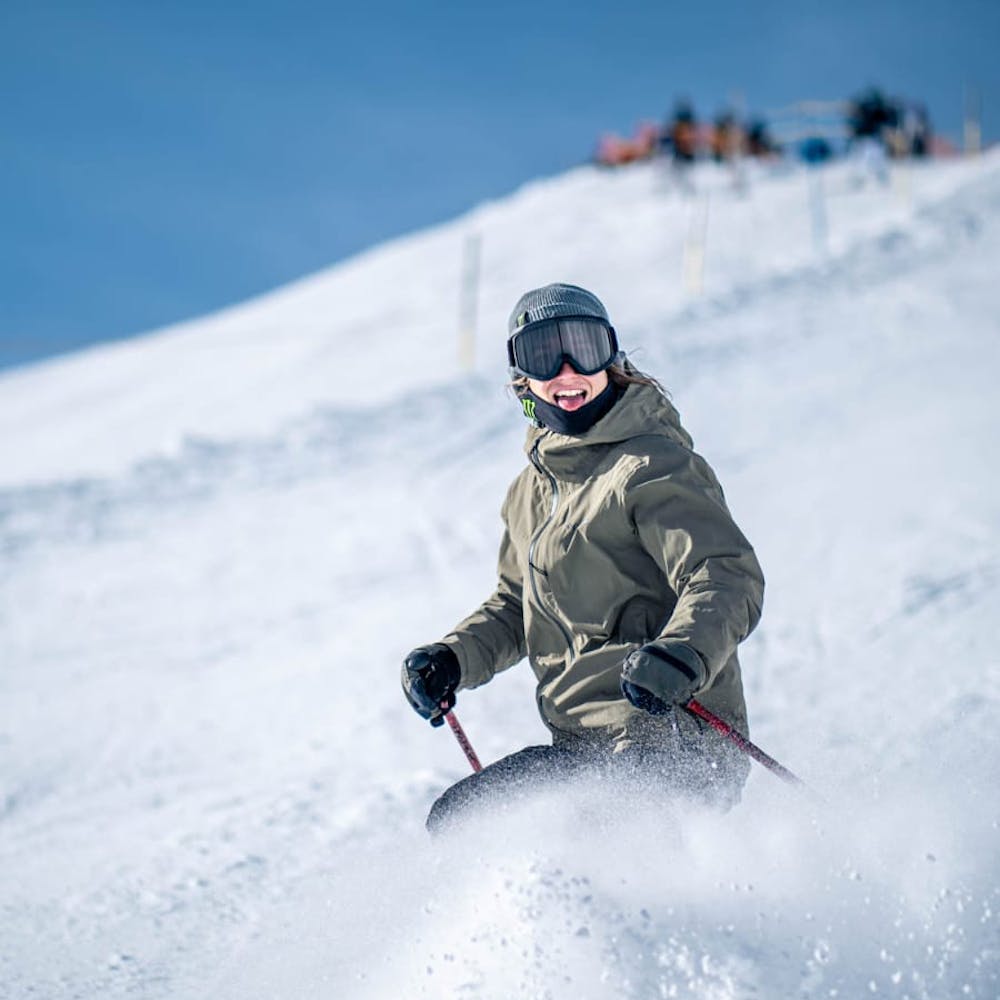 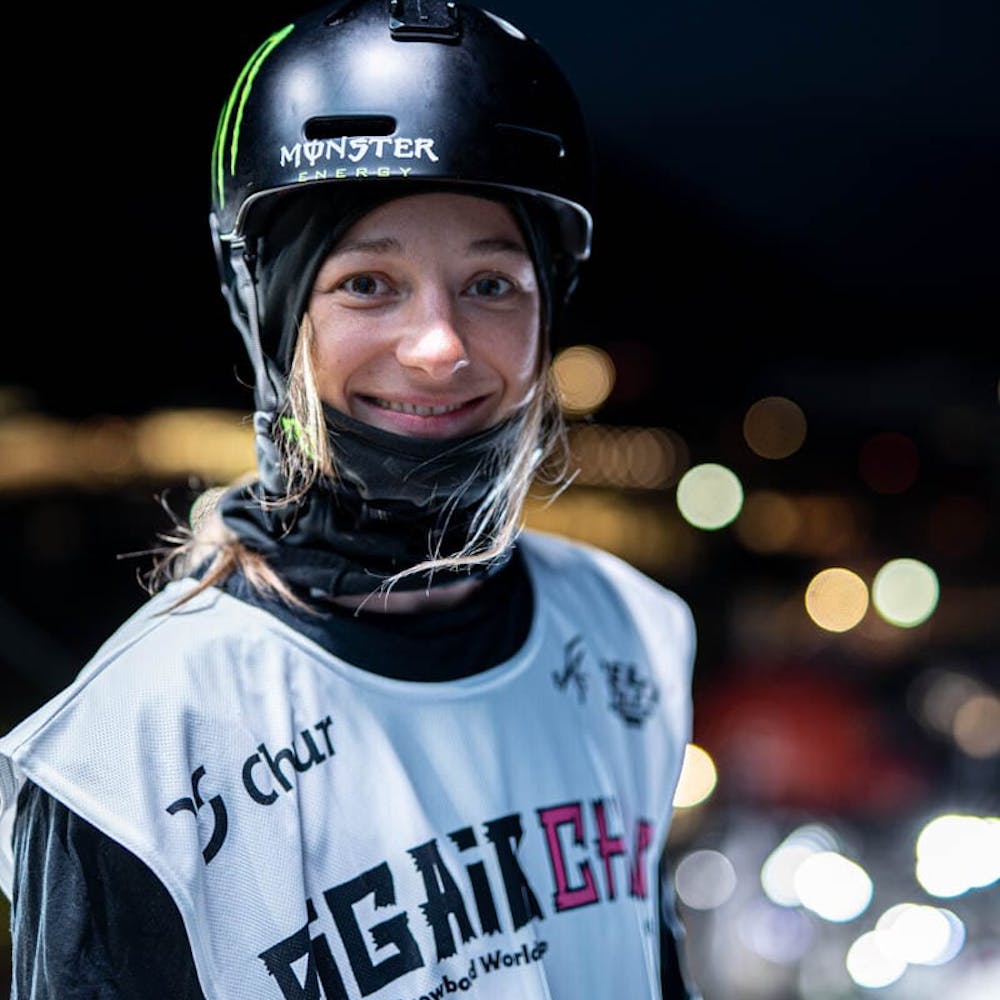 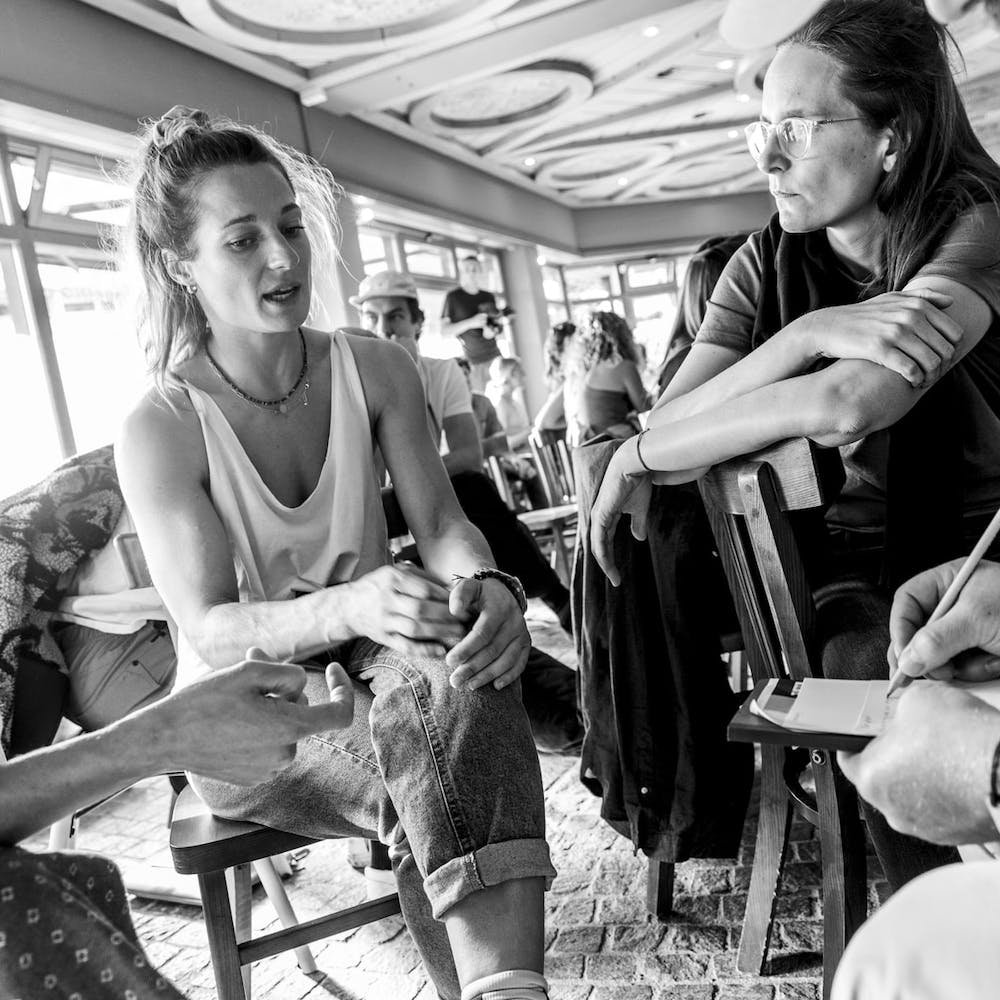 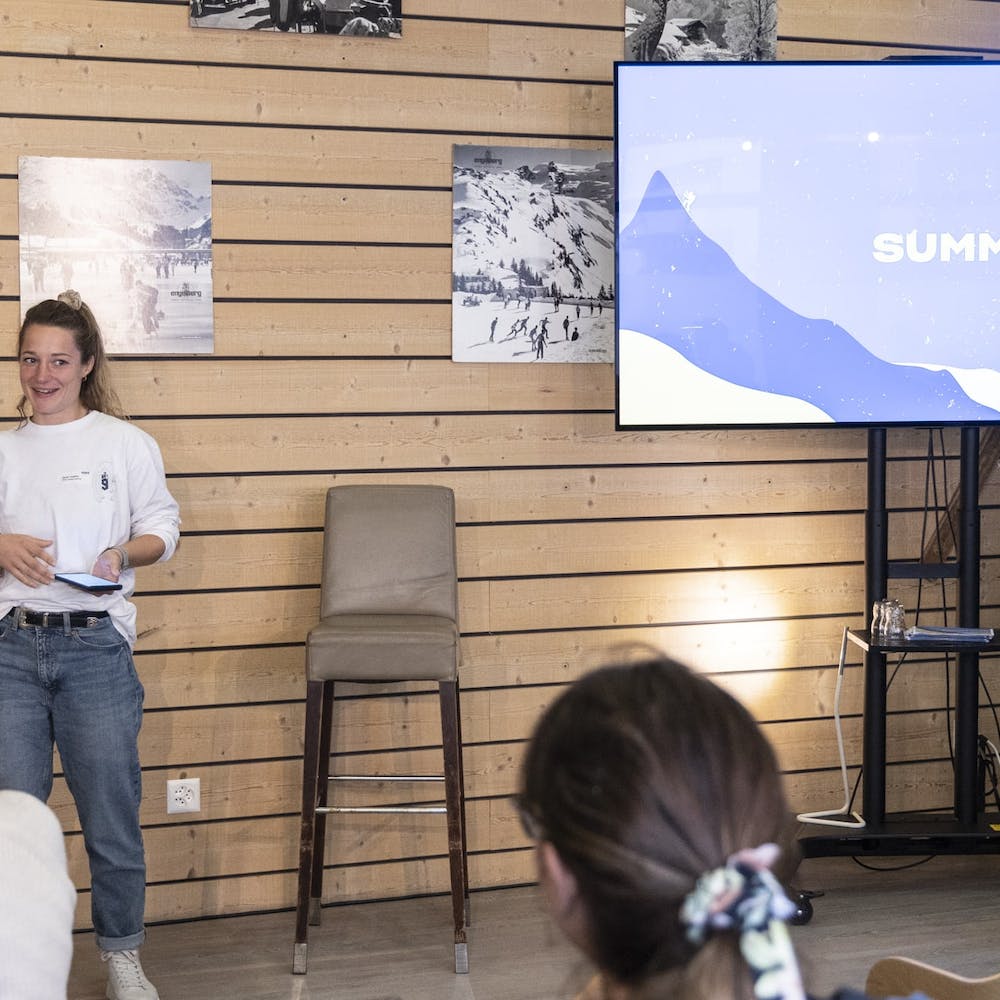 I think the real battle is that there’s this misconception, or belief that climate activists are tree-hugging vegans who stand in the streets shouting at hard-working citizens for driving their car to go to work or getting a flight to go on a well-earned annual holiday. I understand those people’s scepticism and frustration, and their reluctance to make changes.

When your instagram feed is saturated with the rich holidaying on massive yachts, getting around on private jets and not giving a fuck, then why should we ride our bike in the rain? What difference are we really going to make?

Being an environmental activist is all about making changes, of any kind and size. I firmly believe that a lot of people making small efforts is a lot more beneficial and powerful than a few people doing all the effort.

For those who don’t know how they can help, I suggest ideas. “Here are some simple things I do, and what I encourage you to do”: eat less meat. if it’s not too inconvenient or expensive to take a train, do it. Buy fewer clothes. Ride your bike if it’s not raining. Put your car rides on car-sharing websites - car-sharing is a great way of reducing the number of cars on the road. Pick up hitchhikers, or hitchhike yourself. That’s also one less car on the road.

Bridging the gap between being an athlete with a high carbon footprint and being a POW ambassador can sometimes be challenging, and I’ll be honest, I’ve often wondered if I really am a credible person to publicly speak about climate issues.

But athletes have power. And here is why I believe that advocating for change is the right thing to do.

People often tell me that they feel like they are powerless. But there is something people can do. They can vote.

If involvement increases, and if people are making changes in their personal lives, no matter how small, then those individuals will get angry when they hear that their governments aren't doing anything to help protect the climate. That's when we start to see social change, and it is what could lead people to vote for greener parties. That's when we'll start to see real change.

We are the right people to do this

A study in 2020 found that the richest 10% of the global population accounted for over half of the CO2 emissions between 1990 and 2015. And the richest 1% were responsible for 15% of the emissions during that time. Now, given our privileged roles as professional snowsports athletes, we might be exactly the type of people who could appeal to this 10% of the world population. POW reaches 10K people, brand partners and Alliance members reach beyond 1 million, and us ambassadors reach half a million people. That’s a lot of people we can already reach out to.

Our mission as POW ambassadors is such : we need to - somehow - convince people that climate change is bad and that they should and can change something in their lives. We can all make small sacrifices, and collectively, we may have a chance for our grandchildren to ski one day.

I think it's important that we keep talking about the problems facing the environment. We need to keep our voices raised, even if we get backlash and abuse in our inboxes. We can make suggestions about how people can help, and educate our children who will ultimately bear the brunt of the destruction.

Sure, it’s an imperfect approach, which is what POW stands for, but it’s a start.